The Prediction Machine will be exhibited as part of Techtopia at Polka Childrens Theatre in Wimbledon, London from 24th May – 3rd June.

Adapted for a younger audience the machines are set up in the foyer (as part of the festivals free events) and a weather station is set up in the garden.

2 schools workshops will be taking place on Friday 25th May exploring how we capture weather and climate data, building a ‘Future Machine’ that helps us understand how the environment and climate is changing as the future unfolds. 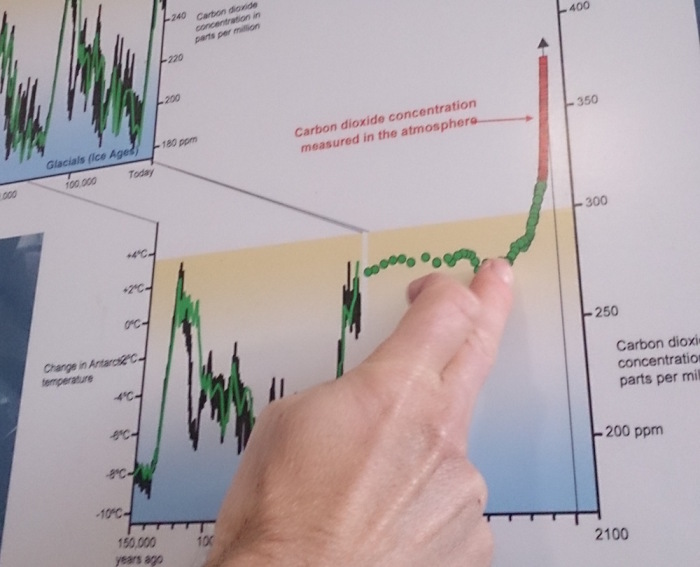 As part of the exhibition at Cambridge Central Library there will be a talk and discussion event looking at the themes of climate change, uncertainty and predicting the future.

Come along to meet the artist Rachel Jacobs and Dr John King, Senior Scientist at the British Antarctic Survey and join a discussion about the future, uncertainty, climate change and the polar regions. This event is hosted by Cambridge Carbon Footprint and Cambridge Central Library.

Event is free to attend but please book a seat here in advance:
http://cambridgecarbonfootprint.org/events/climate-change-uncertainty/

Rachel Jacobs has been working with Senior Scientists John King and Robert Mulvaney, alongside Matthew Polaine and Beatrix Schlarb-Ridley from the innovation team at the British Antarctic Survey to explore how we can communicate and understand issues of uncertainty, climate change, the polar regions and their impact on our everyday lives as part of her most recent arts/research project – Performing the Future.

The Prediction Machine is going to Cambridge Central Library as part of the latest tour and will be installed on the first floor next to the reception area. Alongside the exhibition workshops are due to be taking place with a local community group and school (details to be confirmed. There will also be a free discussion and Q&A event with the artist Rachel Jacobs and Dr John King from the British Antarctic Survey (details to be announced soon).

The latest tour and workshops are put of a larger project ‘Performing the Future’ which is funded by the Arts Council of England and Mixed Reality Lab, University of Nottingham.

Cambridge Central Library is wheelchair friendly, for more information about the venue and access please visit their website:
https://www.cambridgeshire.gov.uk/central-library-cambridge/

June 22nd – October 1st 2017
The Prediction Machine is returning to FACT, Liverpool as part of The New Observatory Exhibition. The machines will be exhibited with a few new additions including opportunities to sign up to receive updates about your predictions. Workshops will be taking place alongside the exhibition, returning to work with the Over 60s group based at FACT and working with a local school.

Artists and Creative Technologists: We can help you quickly hack together and prototype new interactive artwork using live data streams.

At the Makers Workshop you’ll see examples from our collaborating digital artists, get your hands on our tools, and start experimenting for yourself, under our expert guidance, using real live scientific data. Then take away what you’ve learned; plugin to existing, or generate new data streams; and go build your own projects.

Presentations and a reception to open the exhibition will take place on Thursday 16th July.

The Performing Data Project will be running a makers workshop on Friday 17th July where artists and hackers can get their hands dirty playing with weather, climate and wave data. Visit FACT’s website for more information.

Next exhibition is at the University of Nottingham’s Mayfest – a free open day and science festival.

The Prediction Machine will be exhibited alongside the ‘Rights of Nature’ exhibition. As part of this exhibition visitors will also be able to add their own promises, wishes and predictions to the machine.

The Prediction Machine will be presented in Nottingham on Saturday December 6th between 1.30 and 5pm at the Primary Studios Christmas Fayre.

Come along to visit the machine and get your prediction for winter 2044… will it snow at christmas or will their be a heatwave?

http://www.weareprimary.org/2014/11/xmasfayre/ – find details of Primary Studios and the event here. 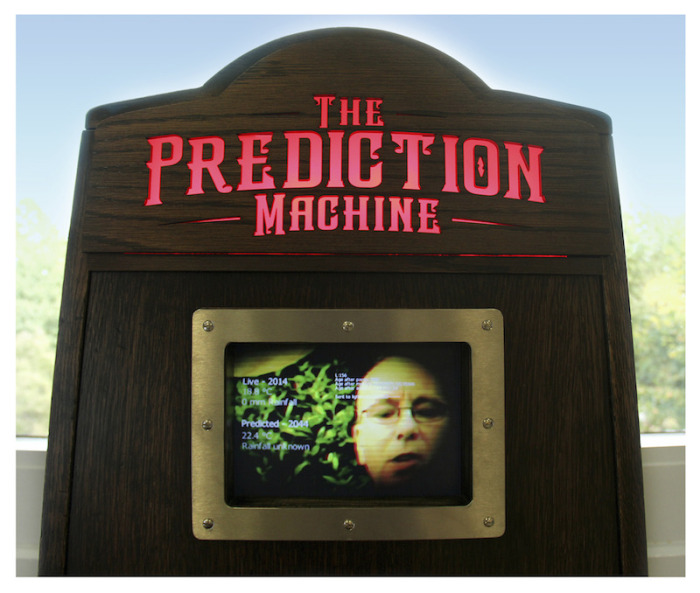 The Prediction Machine’s Climate-Change-Harvest-Festival
Sunday 26th October , 2-4pm
The Shed, Margaret Keay Road, University of Loughborough
Come along for some seasonal food, make a wish for the future and take part in a thank you to everyone that has contributed to or visited The Prediction Machine as part of Radar’s Nowcasting Programme.
The event is an alternative Harvest-Diwali Festival in appreciation of the seasons changing over this (so far) very warm Autumn.
Anyone is welcome.
http://maps.lboro.ac.uk/location/the-shed 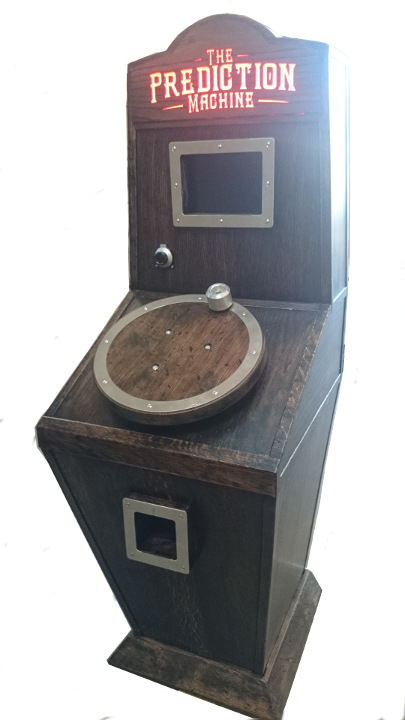 The Prediction Machine will be exhibited from Wednesday 1st – Saturday 25th October 2014 at the following venues:

The Prediction Machine’s Climate-Change-Harvest-Festival, University of Loughborough
Sunday 26th October
Come along for some seasonal food, a procession to the weather station led by the artist and an opportunity to write your own predictions, actions and wishes for the future as part of an alternative Harvest Festival.  Times and venue tbc. 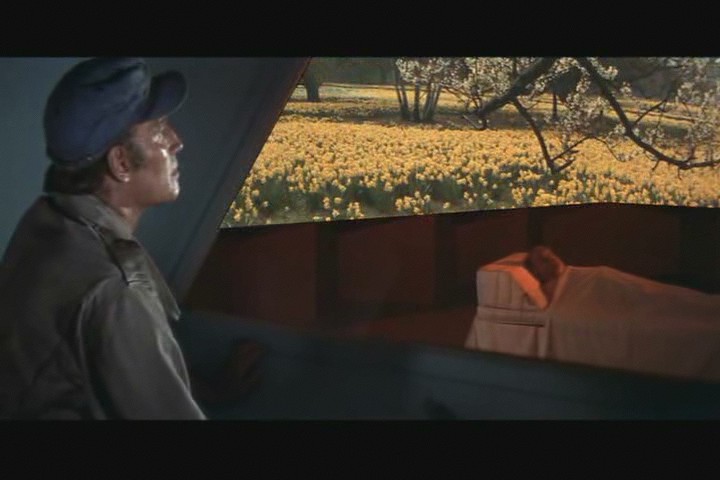 The next workshop will continue to look at the weather data being collected from the weather station at the University of Loughborough and how we can turn this data into descriptions of the weather and predictions for what is happening in the near future and in a future where they might be a 2 degrees or even 4 degrees temperature rise.

We will look at what has been suggested in the IPCC report on climate change in terms of the impact of climate change and our lives, environment and the weather.  The workshop will involve writing and/or video and audio recording. 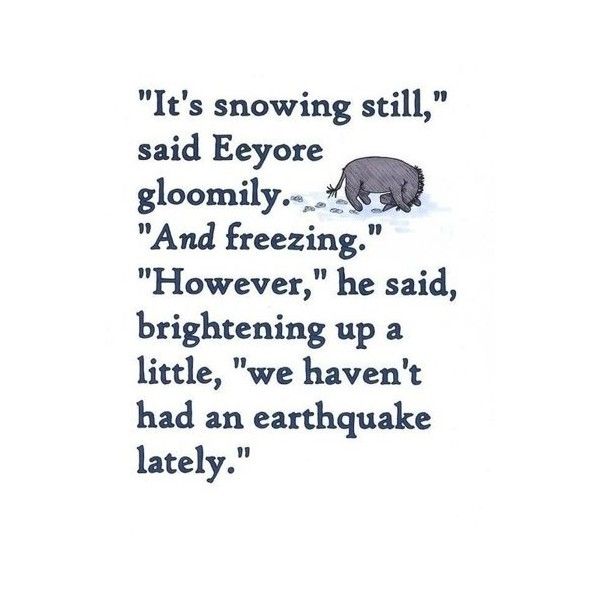 Rachel is preparing some resources to share with the group including poetry, films and images based on other people’s visions of the future, and how changes in weather and the seasons have been reflected upon by writers throughout history. If you have any examples that you would like to bring along from your favourite futuristic utopian or apocalyptic film, poetry about seasons or environmental change or everyday sayings, then we would love to have your input and hope that you can join us for the session.

Please do book your place again via eventbrite and please don’t hesitate to contact us if you have any questions about the next session –
https://www.eventbrite.co.uk/e/the-prediction-machine-3rd-workshop-tickets-11648754739

The workshop will be taking place in the same venue that the first session was held in back in May – LUA Project Space, Edward Barnsley Building, which is next to the college and also home to Cope Auditorium & the School of the Arts. Attached is a map and directions, or you can find us on the university online map – http://www.lboro.ac.uk/about/map/ 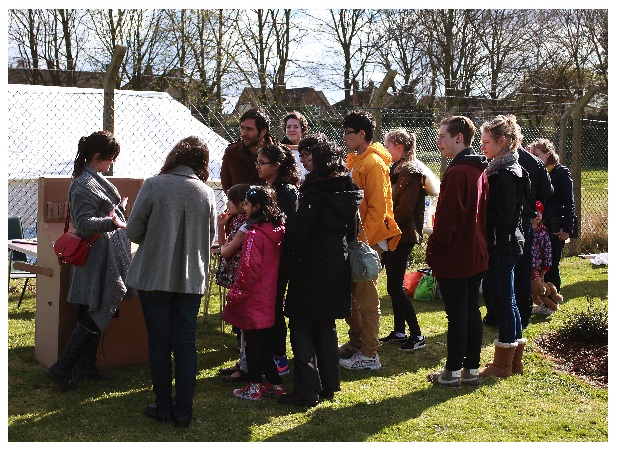 As part of this event I presented a cardboard model of The Prediction Machine, based on my designs, shown behind me in the picture above. I talked about the machine and began a dialogue about how we track, record and respond to the changes in climate. 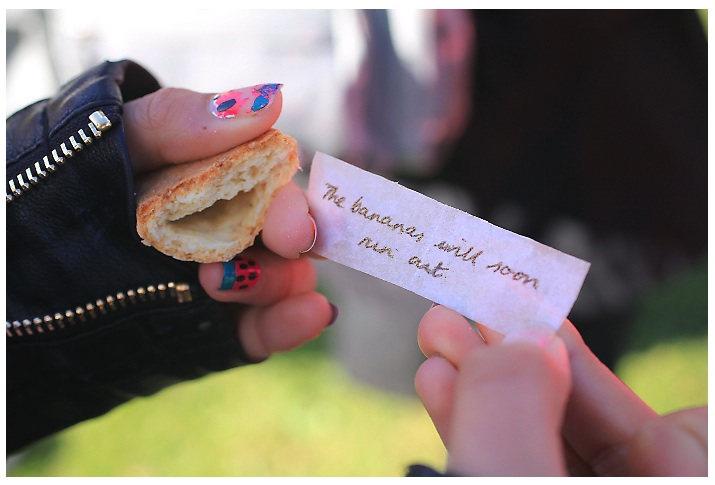 Fortune cookies were presented on three separate plates that signified a different future scenario based on climate change research. People were invited to choose a cookie from any of the plates by choosing which scenario was most likely.  The scenarios were taken from a document shared by Dr Candice Howarth (Climate Scientist):

Plate 1 – A future dominated by consumerism and globalisation (A ‘me’ society)
All bets are off… very high world temperatures, C02, holes in the ozone and air pollution, the Artic will melt, higher sea levels, more pests and disease, problems with growing crops and high demand for water, major loss of biodiversity, extreme storms, tornados and droughts. The UK will lose much of its landmass to floods and the sea.

Plate 2 – A future dominated by the common good, local, environmental concerns and local, national and regional autonomy ( A ‘collective’ society)
A small rise in temperatures and C02, continued unstable weather, rise in biodiversity, organic local farming, not much changes.

Plate 5 – A balance between consumerism and collectivity, where nations work together to support local and regional autonomy
Increasing world temperatures, pollution and C02 in the atmosphere that is managed by local and global solutions. An increased loss in biodiversity, the Artic will slowly melt, the sea levels will rise, more floods, more pests and disease, problems with growing crops and high demand for water, loss of biodiversity, unpredictable weather, extreme storms, tornados, heat waves and droughts. 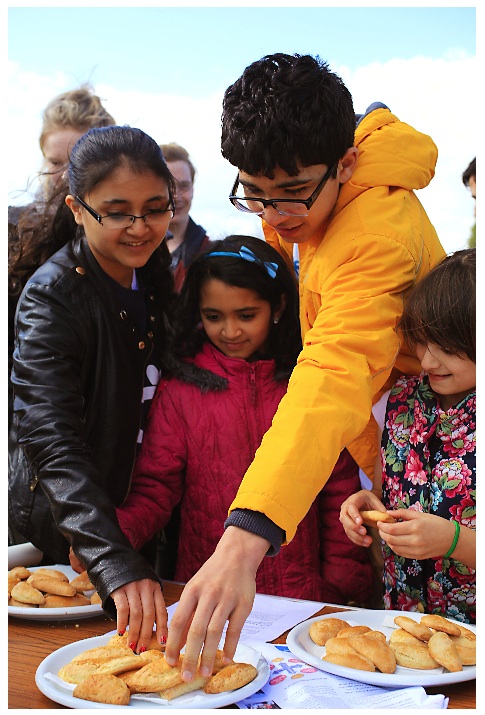 All photos on this page are copyright of Julian Hughes 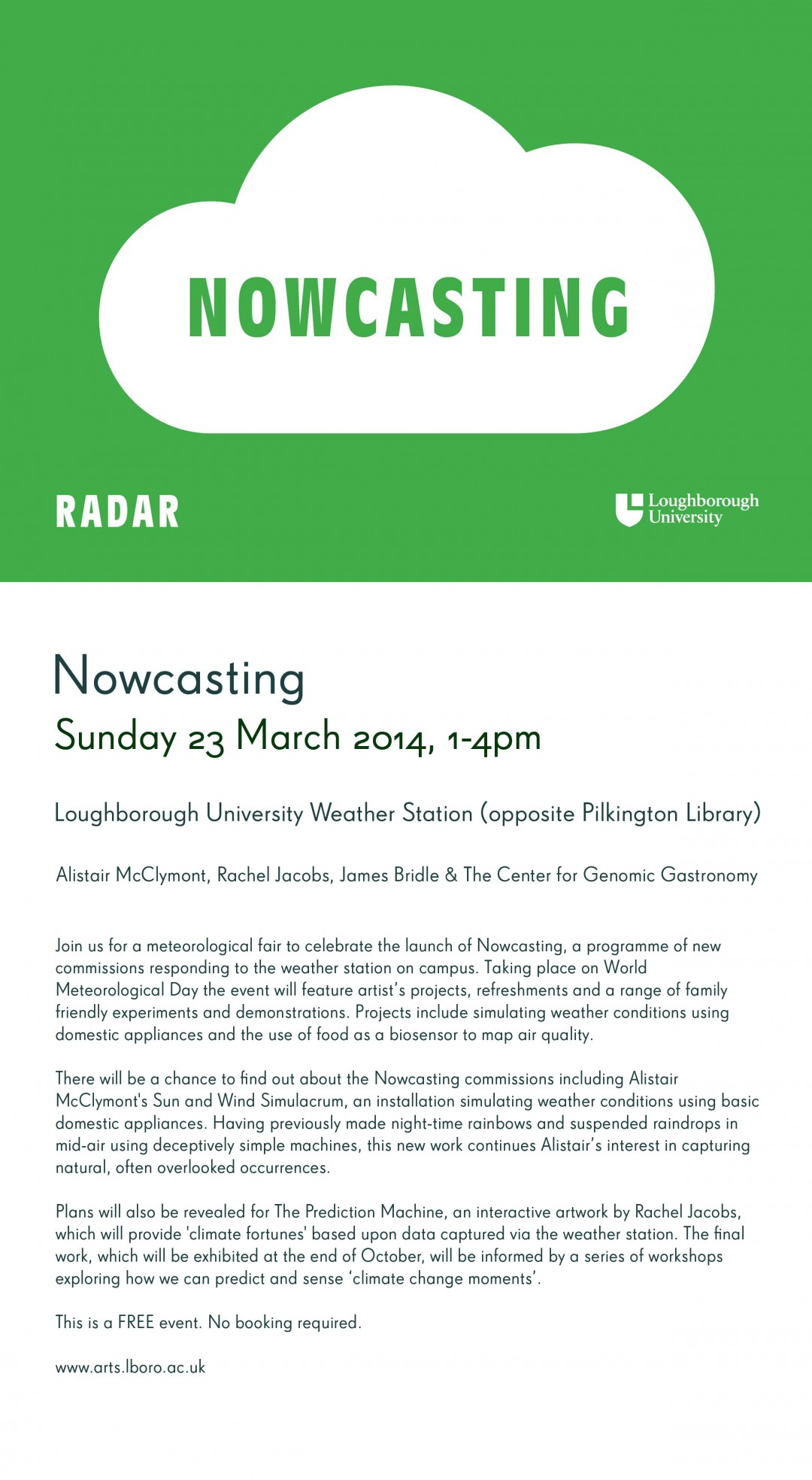 I am baking fortune cookies for the event, asking people to contribute fortunes to the prediction machine and presenting the plans for the machine as a performance about climate change, predictions and uncertainty.